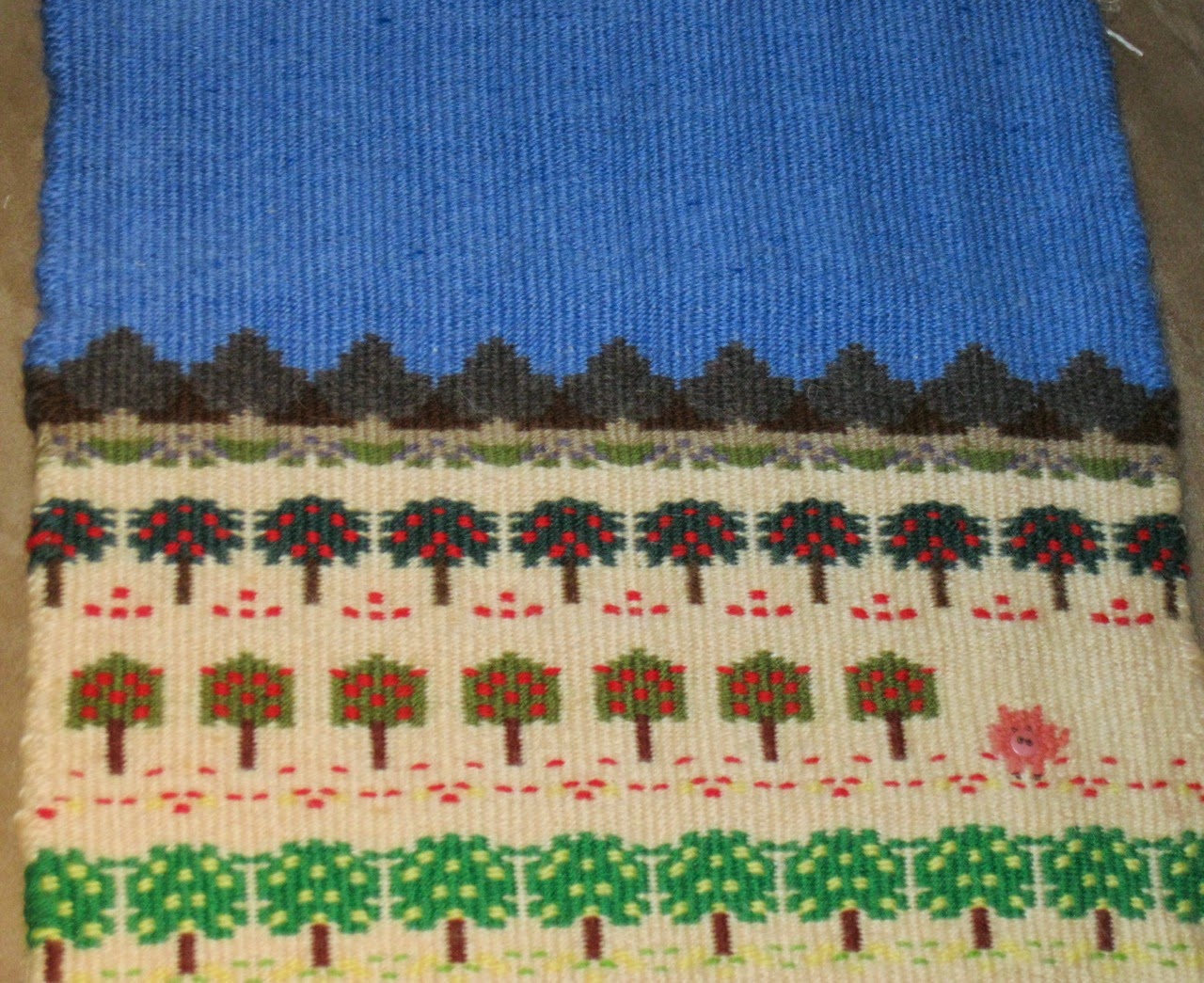 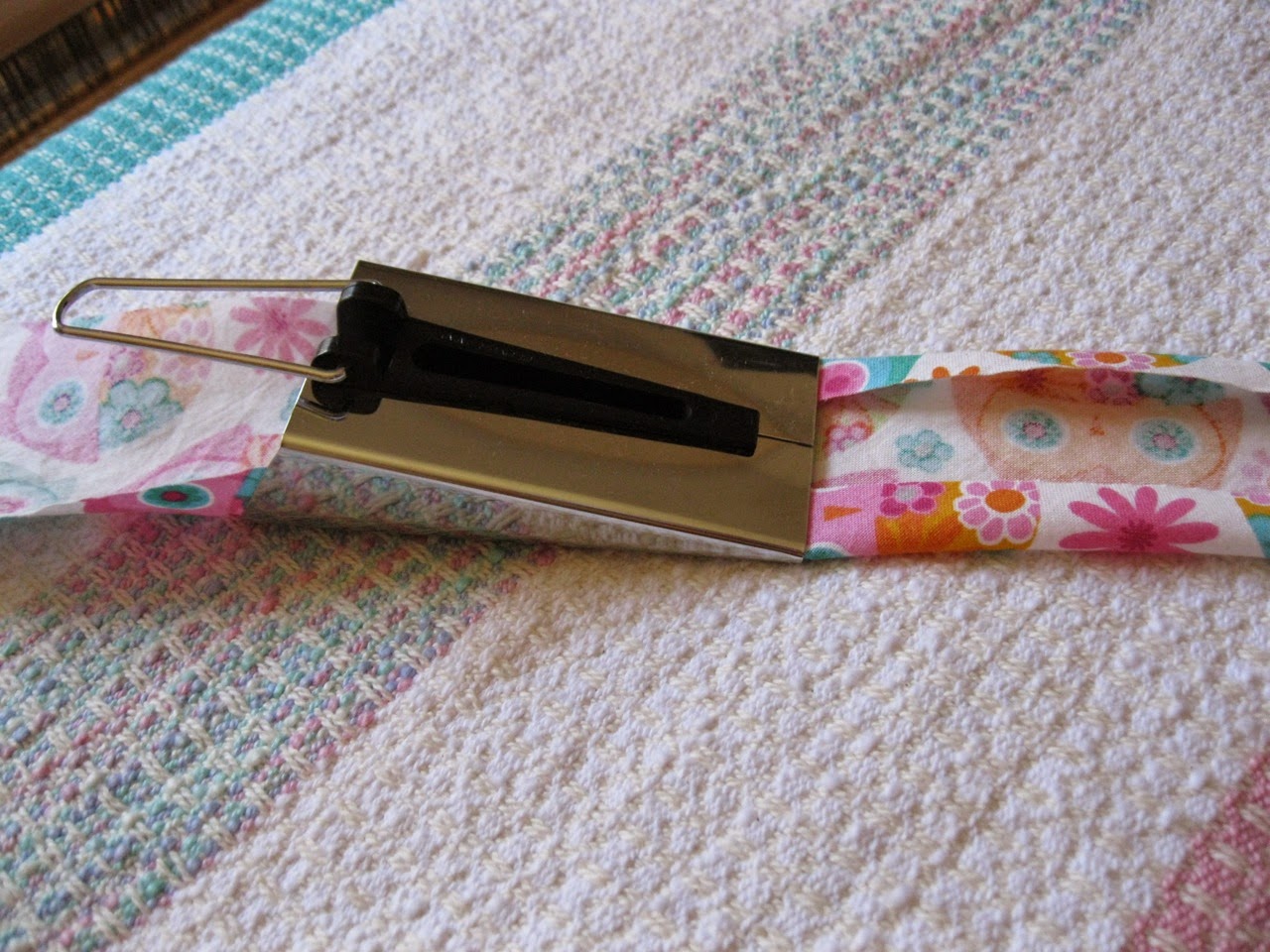 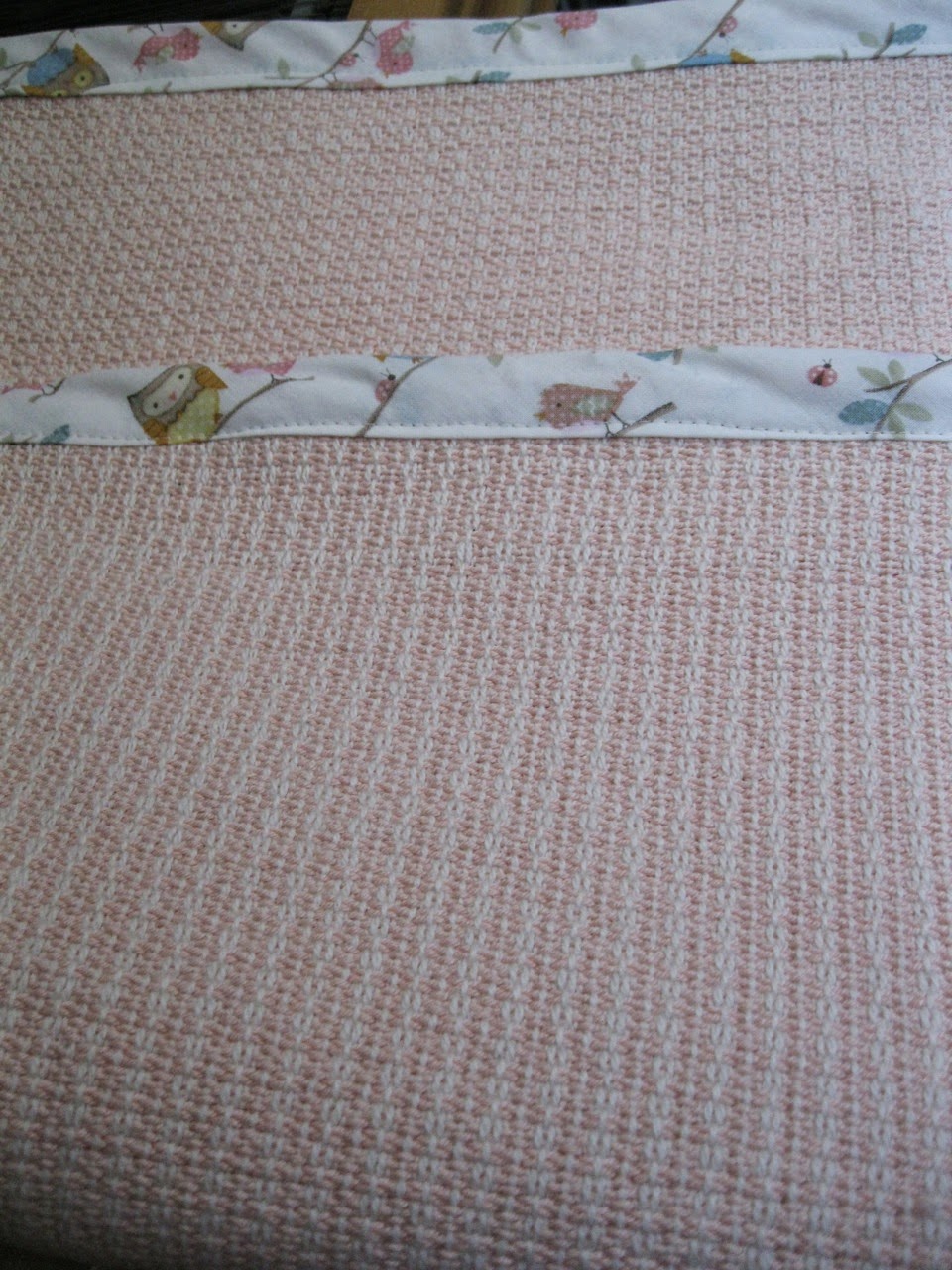 Overwhelmingly, to my surprise, the study group felt it was important to showcase the space dyed bamboo side of the fabric.  I thought it was a little too stripe-y for my style, but the feedback was that it does not present as stripes since the warp was well mixed.  At the very least, it was suggested that some of the space dyed be displayed by either a fold over collar, or in a garment that allows view of inside.  I took that advice and used a pattern with a  fold over collar.  Thanks to the group for their feedback! 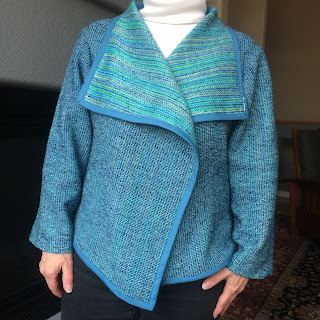 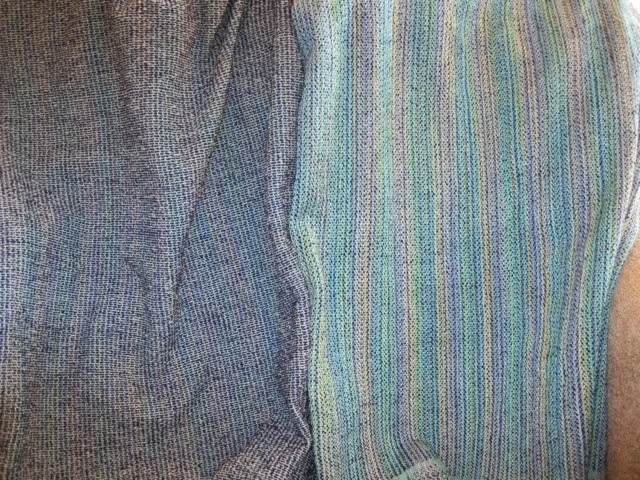 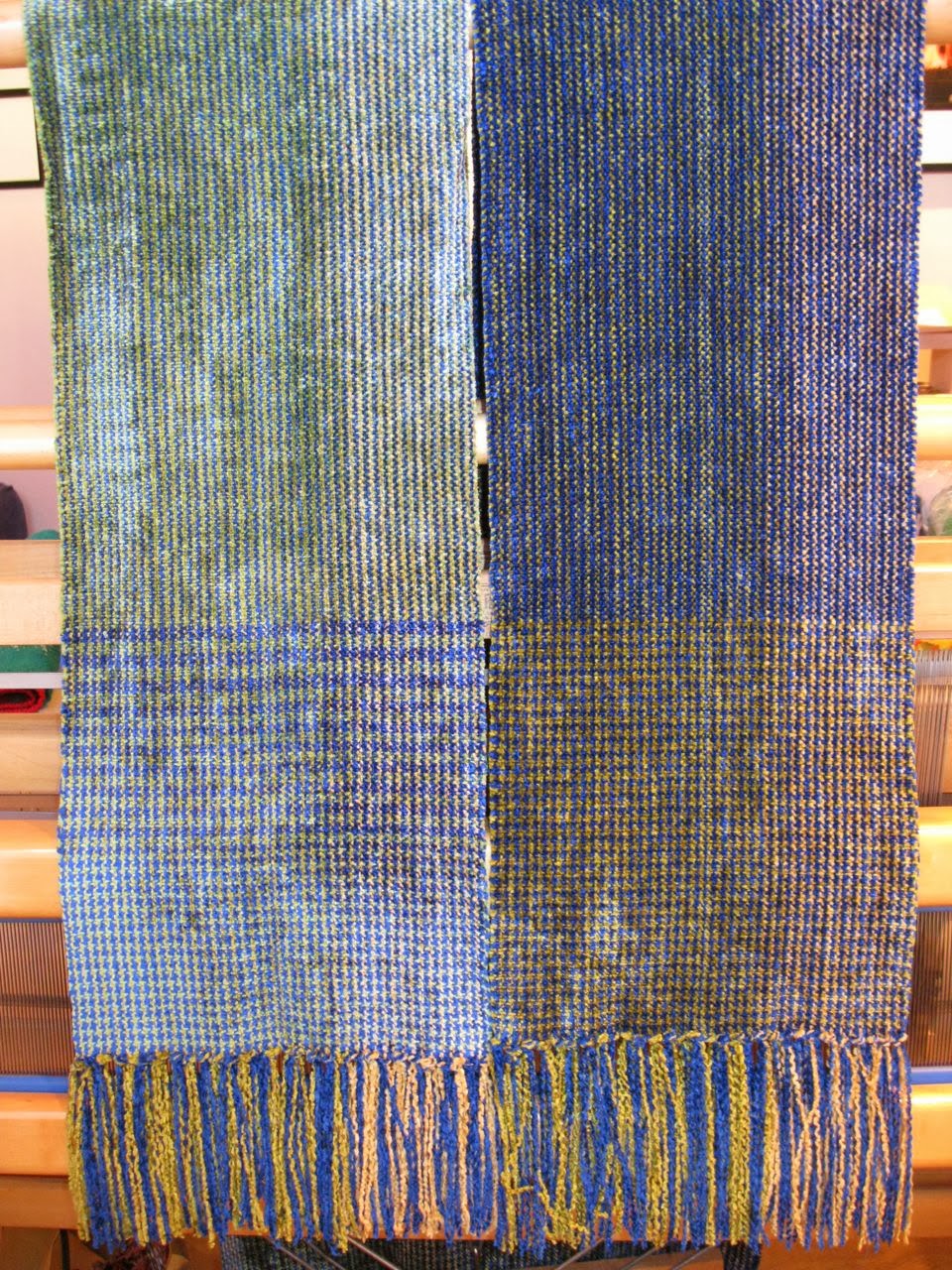 Shepherd's check is a traditional pattern that works well for chenille since it is a balanced weave with a float length of one.  It also seemed like an easy/quick break from brain storming an upcoming yardage project.  I put on a warp of royal blue alternating with grassy green and gold.

Once I started weaving the check, it seemed a little too traditional so I decided to use the check (with a couple of variations) only at the ends of the scarves.  The center of each scarf was woven in plain weave which produces a stripe.  The interesting attribute of the stripe is that the edge is wavy and it looks like a rib in the fabric. 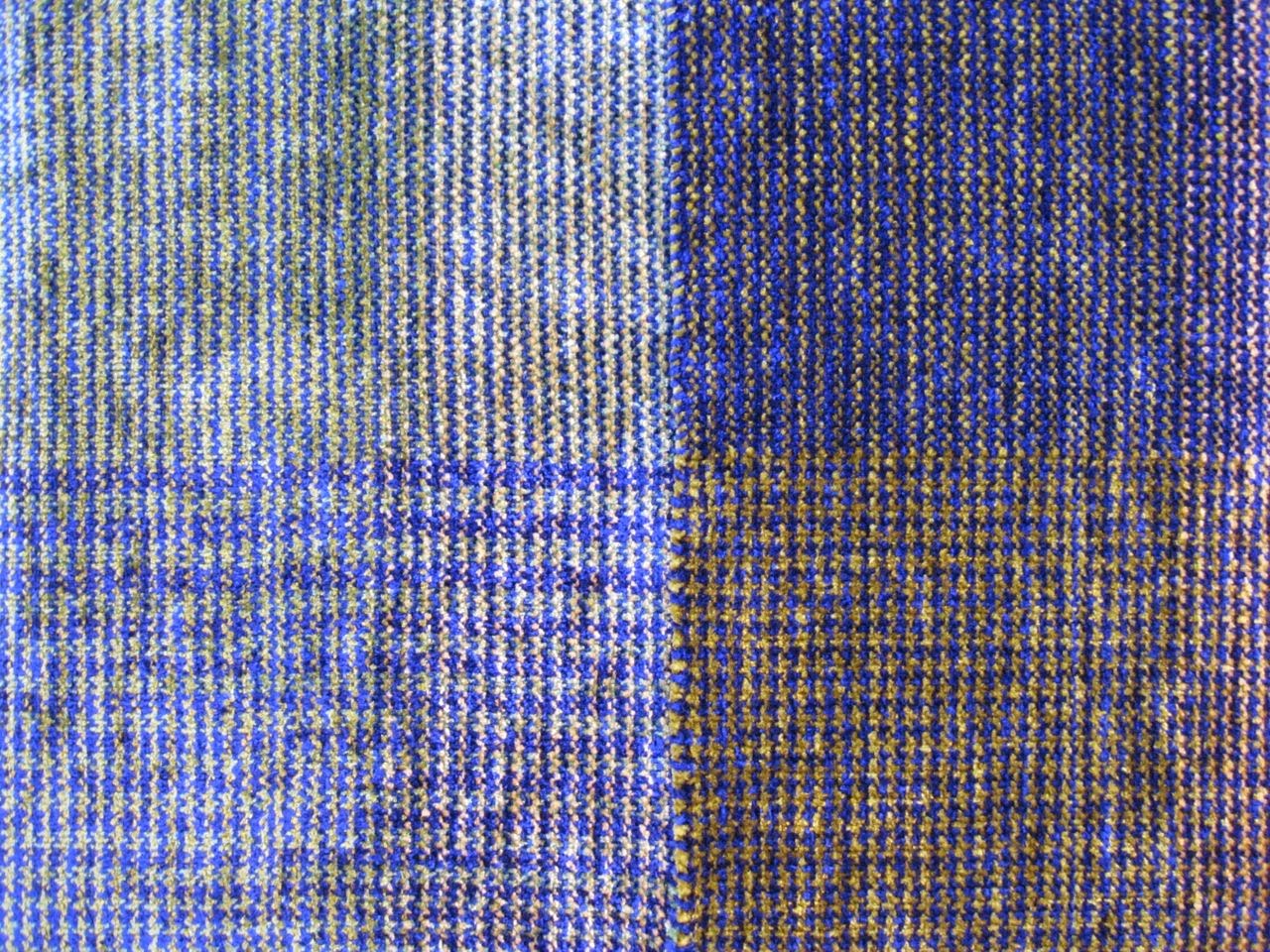 The finished scarves look more interesting when worn due to the look of texture in the stripe.  I may go back to this pattern and do some more scarves in school colors.